Information AND DROP-OFF DETAILS on this event can be found in the Hometown Happenings newsletter, or on the City calendar.

Vendors for this event are: Docu-Shred and E-Waste Solutions. Questions regarding shredding documents or allowable electronics may be directed toward the respective vendor.

What can be recycled?

Polar Plunge for Special Olympics Illinois:  (see our event slide show above)
On February 27th , the Police Department and Warrenville Fire Protection District teamed up to take the Polar Plunge in the City Hall parking lot. Thanks to so many generous donators, and a few brave plungers who took the dive into the 33 degree water! Together we raised $5,320 that went directly to Special Olympic Illinois!  Thank you so much, everyone! 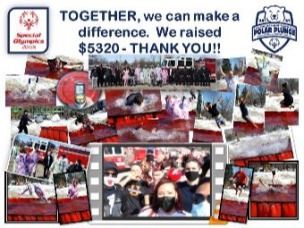 November/December 2020 - No Shave November and Double-Down December: During these two months, the Chief of Police temporarily lifted certain police policy, which then allowed personnel to participate in these two noteworthy causes. Personnel donated no less than $75 to participate in these fundraisers to help in the fight against childhood cancer, whether they grew hair or not. Public was invited to participate with them by donating. All $1,320 in donations raised went directly to St. Jude Hospital in Illinois!

Toys for Tots: The 2020 U.S. Marine Corps Toys for Tots campaign was a huge success thanks to the many generous people who donated. On Friday, December 11th, Police Department personnel loaded up the department “sleigh” and dropped off the toys at the designated DuPage County Marine Corps distribution site. There were so many toys that our drop-off caused a 15-20 car backup! The Police Department would like to express their heartfelt thanks to all of those who helped give area kids in need a wonderful Christmas to remember! 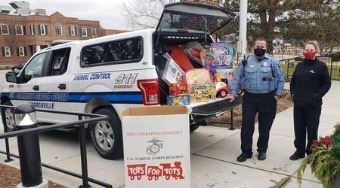 Polar Plunge for Special Olympics Illinois:  February 29, 2020,  at Oak Brook Bath & Tennis Club.  Team Warrenville’s goal was to raise $1,000 and with the help of many generous donations, $1,498 was raised!  Thanks to all.  Watch them take the plunge at this City of Warrenville Facebook video link. 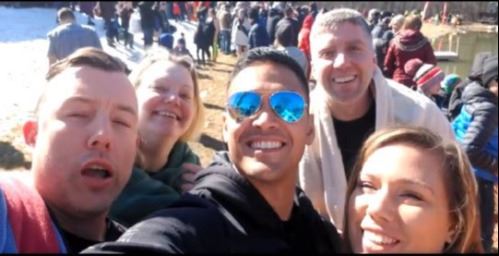 December 2019 - Shop with a Cop: The Police Department participated in the 33rd Annual Shop with a Cop event. The county-wide event was coordinated by the DuPage County Sheriff’s Office Fraternal Order of Police Lodge 109 and designed to benefit local underprivileged children. Participants gathered at the Glen Ellyn Park District for breakfast and caravan to the Meijer food store in Bloomingdale for shopping. Children were able to choose to shop for themselves or for family members. 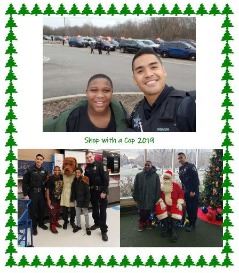 November/December 2019 - Toys for Tots: The Police Department was a drop-off site for the U.S. Marine Corps Reserve’s Toys for Tots campaign. The generosity of those who donated this year was amazing! 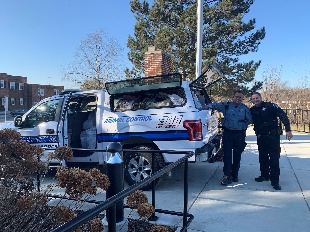 November/December 2019 - No Shave November and Double-Down December: During these two months, the Chief of Police temporarily lifted the police policy, which then allowed personnel to participate in these two noteworthy causes. Personnel donated no less than $75 to participate in these fundraisers to help in the fight against childhood cancer, whether they grew hair or not.   A total of $1,305 was raised and donated to St. Jude Hospital.  Check out Marlo Thomas’  heartwarming thank you letter.

August 2019 - National Night Out Against Crime: thanks to all who participated and made it a huge success!  Warrenville was recognized for their efforts, which start as early as January.  Check out our plaque, awarded by National Association of Town Watch. 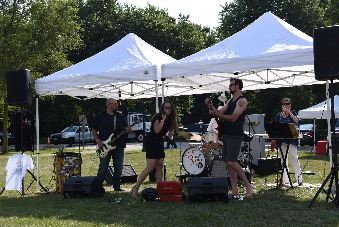 May 2019 - IL Torch Run for Special Olympics IL: Cop on Rooftop with Dunkin Donuts, Raised $6,758.32!  A big thank you goes out to all who helped make that possible! 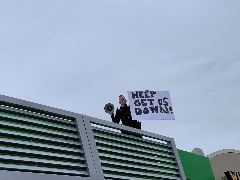